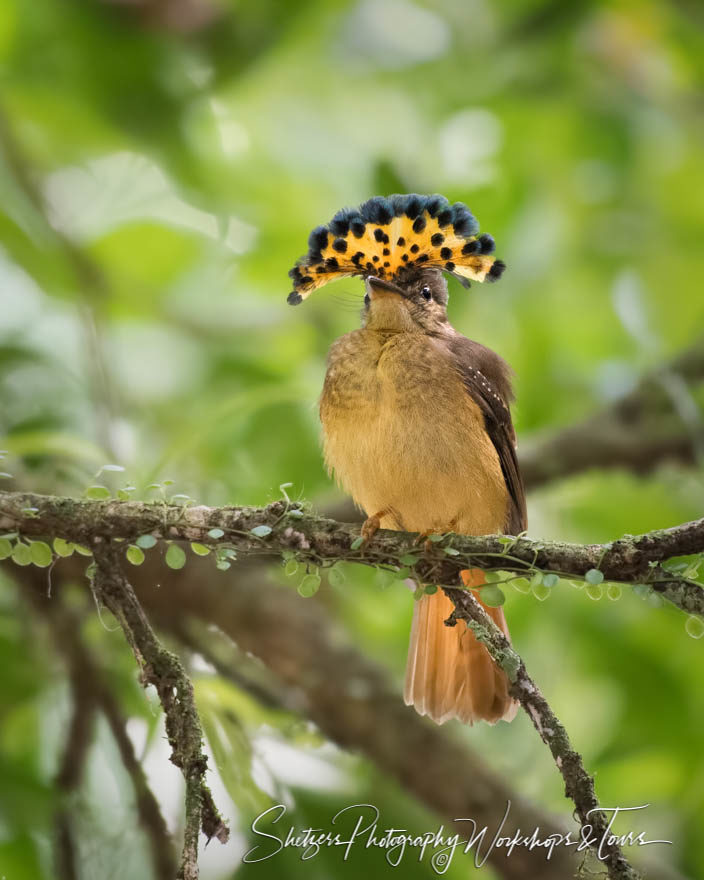 Image of Royal Flycatcher displaying colorful crest. This unique bird is perched on a forest branch in the Cordillera de Talamanca region of Costa Rica. She is adorned with a yellow crest, seen here attracting a mate.

Researchers note four species of Royal Flycatchers, this is the Northern species residing throughout central America. Those impressive crowns of this royal avian family are rarely seen making this an exquisite image. Sitting prominently, she faces the camera for a beautiful front perspective in this closeup picture. Taken on one of our Costa Rica photography workshops.